Electricity production from renewables sources (excluding generation from pumped storage plants) reached 2731.8 TWh in 2017. The US produced 720.4 TWh of electricity from renewables in 2017 which was the highest of all countries followed by Canada with 443.1 TWh then Germany with 218.3 TWh. Renewable electricity generation has been growing at an average rate of 2.7% per year since 1990 due to strong areas of growth in solar PV, wind, renewable municipal waste and biogases. Hydroelectric power contributes the most electricity from all renewable sources but has now reached it's capacity in most OECD countries, followed by wind, solar pv and biogases. 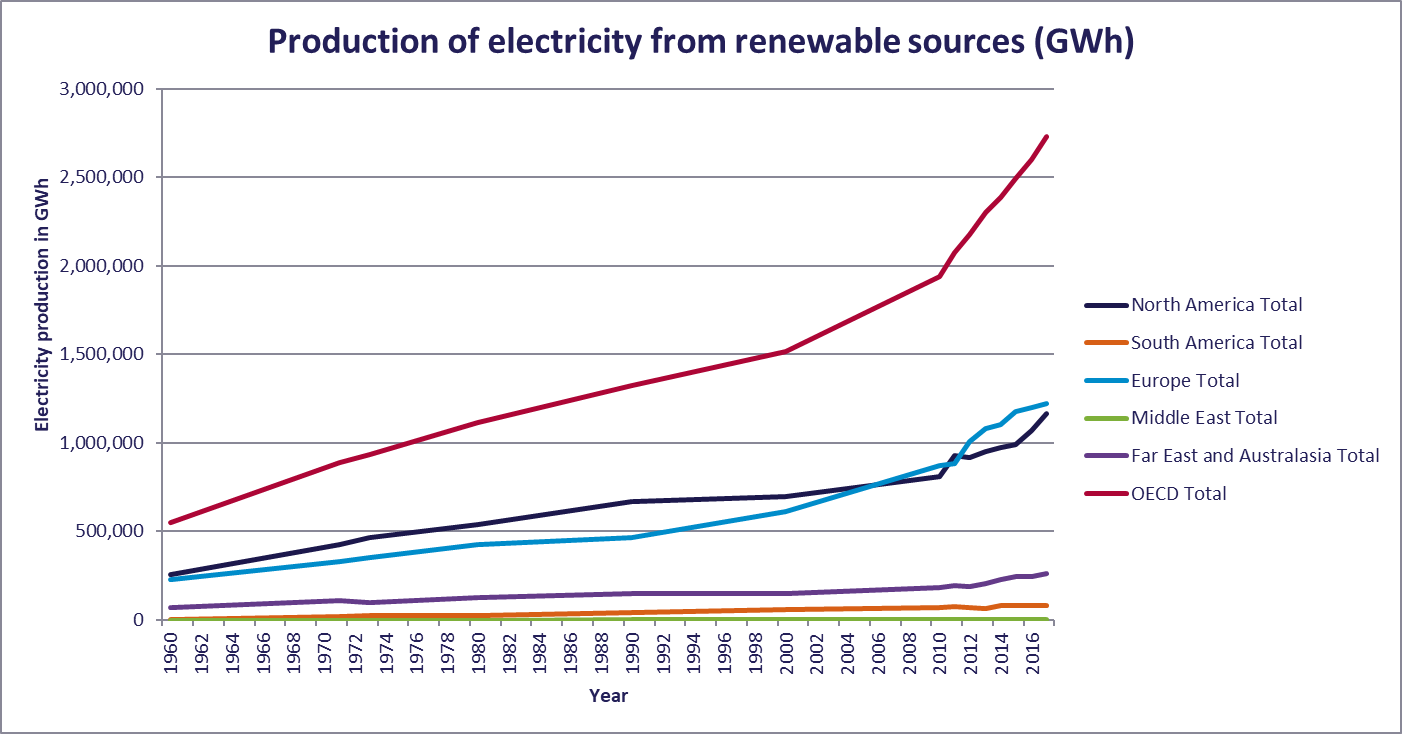