How is shale gas different from conventional gas?

In order to recover the natural gas contained in these reservoirs, the effective permeability is increased by creating high conductivity channels in the form of fractures. These new paths allow the natural gas held in the reservoir to be released and recovered through the well up to the surface.

On the other hand, conventional gas is located in higher permeability reservoirs (normally more than 0.1 mD) in geologic structural traps. These traps can include faults and anticlines, and stratigraphic changes of rock types (e.g. sandstone pinching out to shale or clay). These reservoirs tend to have many large, well-connected pores and transmit fluids readily. 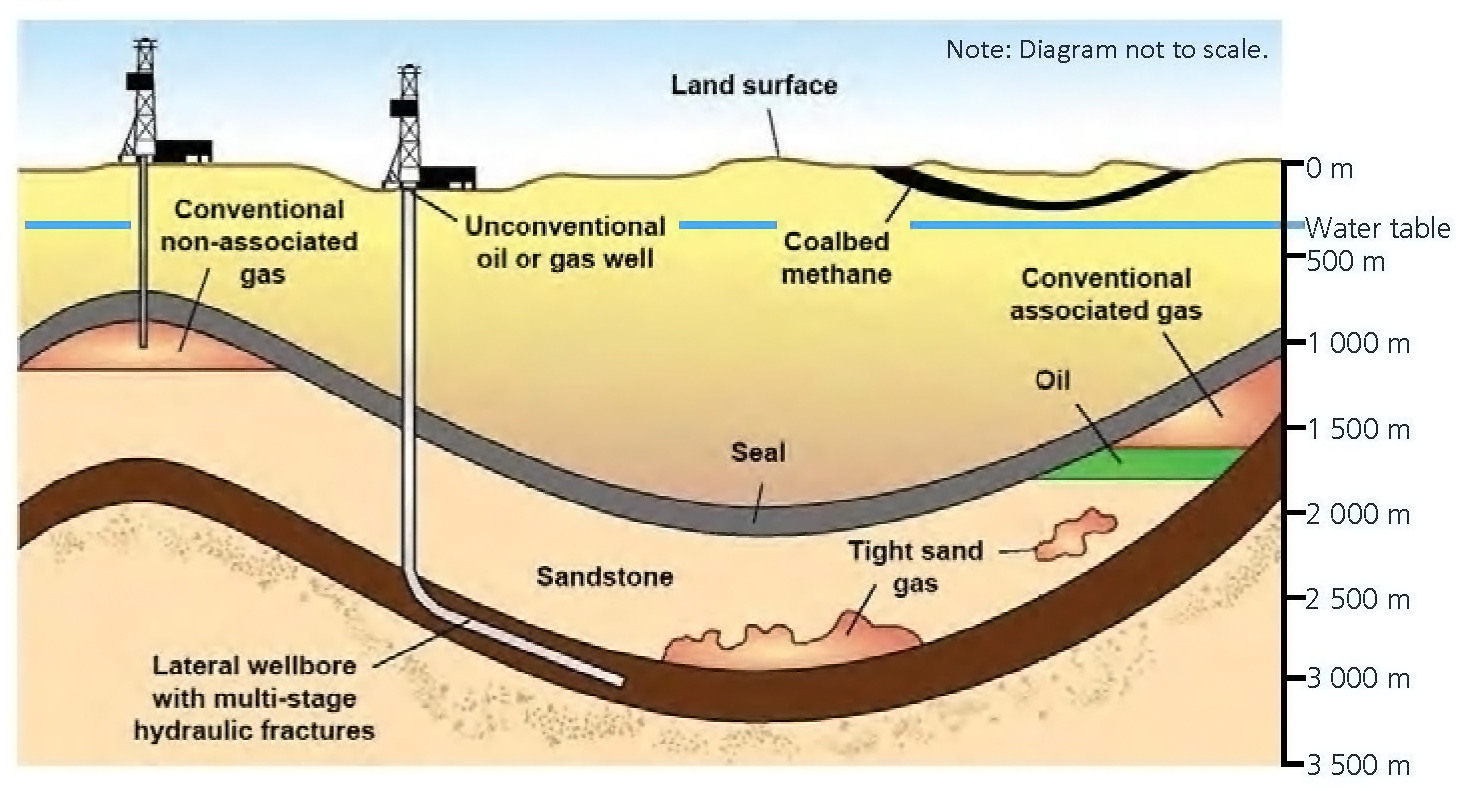 Geology of conventional and unconventional oil and gas. Adapted from: US Energy & Information Administration (EIA)