Energy insight: A very brief history of the Energy Institute

Names of the institute:

A very brief History of the Institute of Petroleum (IP):

The IP was established in 1913 by Sir Boverton Redwood, Bart (pictured right) and Mr Arthur Eastlake, in a 'spare corner' of Eastlake's London offices.

On March 5, 1914 at the inaugural meeting of the Institution of Petroleum Technologists, the then elected President, Sir Boverton Redwood, declared that the aim of the Institute was to determine a ˜hallmark of proficiency in connection with our profession". Along with his co-founders, he emphasised the need for an organisation to amalgamate the diverse knowledge and interests of those engaged in various branches of the developing oil industry for the benefit of all.
Initially established as an association exclusive to petroleum technologists, its doors opened in 1938 to all professions affiliated to the oil and gas industry, and the name changed to The Institute of Petroleum.
The Institute of Petroleum become an indispensable, unified platform where universal standards are set and codes of practice established. The very existence of these have protected and enhanced the reputation of the industry while promoting and co-ordinating the scientific study of petroleum and its products.

A very brief history of the Institute of Energy (IOE):

1925 - The Institution of Fuel Economy Engineers (IFEE) was formed – for fuel technologists to study combustion
1926 - The Institution of Fuel Technology (IFT) was formed – to foster understanding of the low-temperature carbonisation of coal
1927 - IFEE and IFT merged to form The Institute of Fuel (IoF) – the work of the institute covered the selection and utilization of energy and all fuel resources.
Over the years the IoF was insistent in advocating the importance of selecting the fuel to suit the application and then using it with discretion.  The President in 1950, J H Flux, emphasised the demand for an energy policy for the UK and the rest of the world.  The matter was urgent.  (Energy World, July 1977 p 24)
1979 - The Institute of Fuel changed its name to The Institute of Energy (IoE) – because “… times have changed and our concern must now also include nuclear energy, renewable energy resources such as wave, wind and tidal power, solar and geothermal energy, the economics of energy conversion processes and of course, energy policy.  The central role that energy plays in the economy is, at last, appreciated by politicians, administrators and even by ‘the man in the street’.   (Prof Ian Fells, IoE President, Energy World, April 1979 p2)

A very brief history of the Energy Institute

July 2003 - Energy Institute formed from the merger of IoE and IP –
“The EI will:
·         Develop and provide knowledge for the community
·         Work with industry and others to provide technical solutions and best practice on HSE issues
·         provide networks to bring people together; and
·         Support individuals’ development and recognise their achievement”
(Louise Kingham, CE Energy Institute, Petroleum Review, July 2003, p42)

Presidents of the institute

The Institute of Petroleum and its predecessors usually elected presidents to serve for two years, while the Institute of Energy usually elected presidents to serve for only one year.  The Energy Institute has adopted the practice of two year terms for its presidents. However, due to the change of EI Cheif Executives in 2021, and the ongoing effects of the COVID pandemic, Steve Holliday's term of office as EI President is extended from two years to three (List of Presidents) 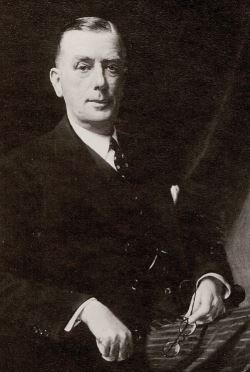 Notable presidents have included John Cadman [left], the second president of the IPT from 1916 to 1917, who was reelected from 1935 to 1937 during which time he became The Rt Hon Lord Cadman of Silverdale GCMG.  Simultaneously he was president of the IoF from 1935-1936. The Cadman Award - one of the most prestigious awards presented by the Energy Institute, is named after him. 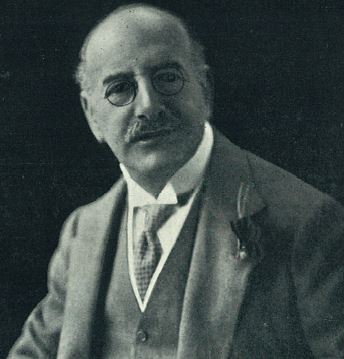 The EI Melchett Award is also named after one of the first EI Presidents, The Rt Hon Sir Alfred Mond [right] who was President of the Institute of Fuel,from 1927-28, and who later became Lord Melchett and Chairman of ICI. The award was instituted in 1930.after Sir Alfred had 'asked the Council to accept on behalf of the members of the institute, a sum of money, the interest on which will provide for the award of a medal annually in perpetuity to the author of the best paper presented at a meeting of the Institute held in any one year.' (Journal of the Institute of Fuel, April 1930 p 359)

Past Presidents of the Institute of Energy and its forebears.pdf