When energy management is your passion – Chris Anton MEI 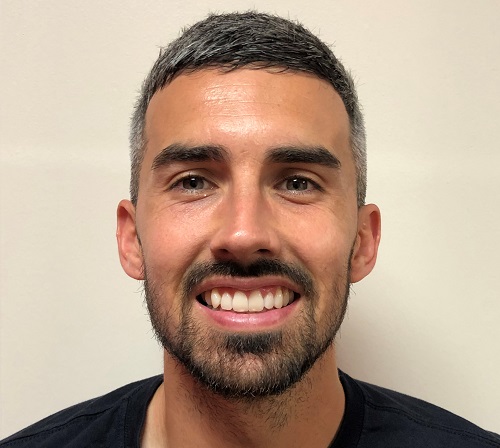 From an early age, Chris and his sisters had always been disciplined by his mum on energy conservation; whether it was making sure lights were never left on in unoccupied rooms or switching off any unused electrical equipment. Now an adult, it was nature programmes like Planet Earth and Blue Planet that solidified Chris’s interest in energy, giving him an insight into the human impact on the world and its natural environment.

Although it has been over a decade since Chris started working at Perth and Kinross council, it was his decision to study part-time and complete a Building Service Honours Degree that acted as a bridge into a career in energy at the council. His studies equipped Chris with the knowledge of renewable energy within the context of improving building efficiency and quality. Juggling a full-time job and studying was Chris’s biggest professional achievement to date as it allowed him to transition from a Mechanical Engineer into an Energy Officer at the council.

As an Energy Officer, Chris manages various projects dedicated to improving the council’s carbon footprint and reducing energy consumption. He also works across the council sectors as an advisor on how to improve energy efficiency and confirming renewable investments within projects. “Being a Member of the Energy Institute (MEI) has given me the opportunity to progress in my career at Perth & Kinross council. This has allowed me to look at management roles within energy. Becoming an MEI was the cherry on the top of the journey from being a trainee attending college, to a professional member in a lead role in energy at the council”

What Chris is most passionate about is acting as the Perth & Kinross council’s champion in educating the public on energy and climate change, especially during this challenging and interesting time for the industry. It is his passion that drives Chris every day to work hard and accomplish his goals - something he would strongly advise to anybody who is just starting out in energy: “Being passionate about your job is something that drives me every day and with that comes enjoyment. Getting to where you want to be is never easy but being driven and passionate has helped me to fulfil many of my achievements.”