What is carbon capture usage and storage (CCUS)?

Carbon dioxide (CO2) is produced as a waste product in power plants burning fossil fuels; from refineries producing petroleum products from crude oil; and from other industrial processes. There is now overwhelming evidence that CO2 and other gases produced by human activities are altering the Earth’s climate, leading to negative impacts such as higher average temperatures, rising sea levels and more extreme weather events. Carbon capture usage and storage (CCUS) is a “set of technologies which can together capture CO2 from waste gases, and either ‘lock up’ this CO2 in long-term storage or use it in industrial processes.”

Why do we need CCUS?

In the UK, the Government is committed by law to ensure that carbon emissions reach net zero by the year 2050. There is consensus that this ambitious target will be almost impossible to achieve without carbon capture and storage technology.
In the landmark report Net Zero: The UK's contribution to stopping global warming, the UK Climate Change Committee reflects upon the need for CCUS: “Carbon capture and storage [is required] in industry, with bioenergy, and very likely for hydrogen and electricity production. [It] is a necessity, not an option.” Similarly, the Global CCS Institute (GCCSI) states that “internationally recognised evidence by specialist climate change bodies concur that international climate change targets cannot be achieved without CCS.”

How does CCUS work?

The key elements are capture, storage, transport and usage:

- Capture
CO2 arising from a fuel that contains carbon (coal, natural gas, wood etc.) is captured either pre- or post-combustion. This is a gas separation process, removing CO2 from other constituents in the gas stream.

- Storage
The captured CO2 is stored in a secure geological formation underground, for example saline formations or depleted oil and gas reservoirs. Over many thousands of years, the carbon dioxide will become chemically bound up in the rock as stable carbonate minerals. 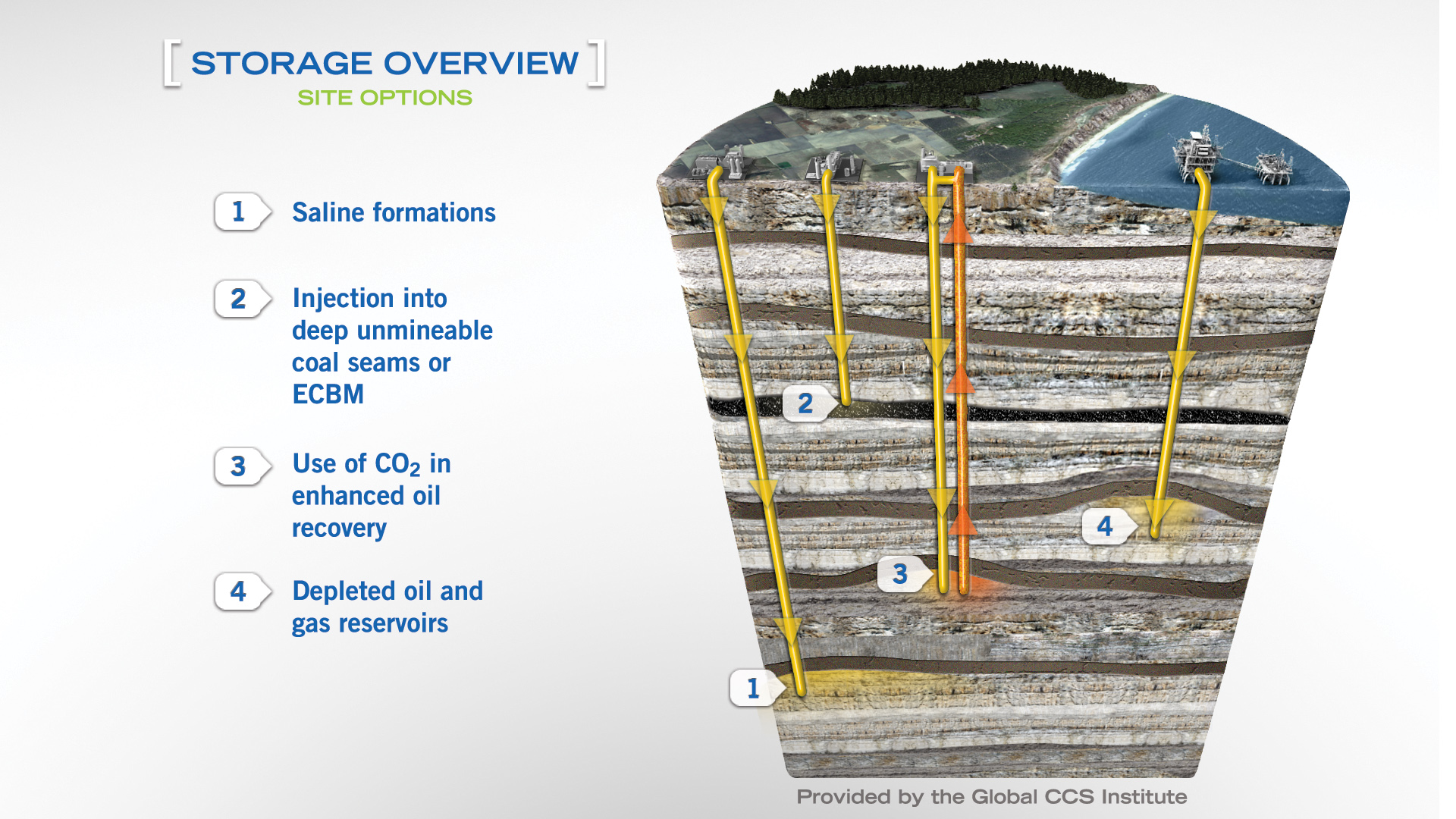 - Transport
In order to transport large volumes of CO2, pipelines are the most suitable method. Trucks and trains could be used to move small quantities of gas, and ships are an alternative option to move CO2 to distribution terminals or offshore storage sites. 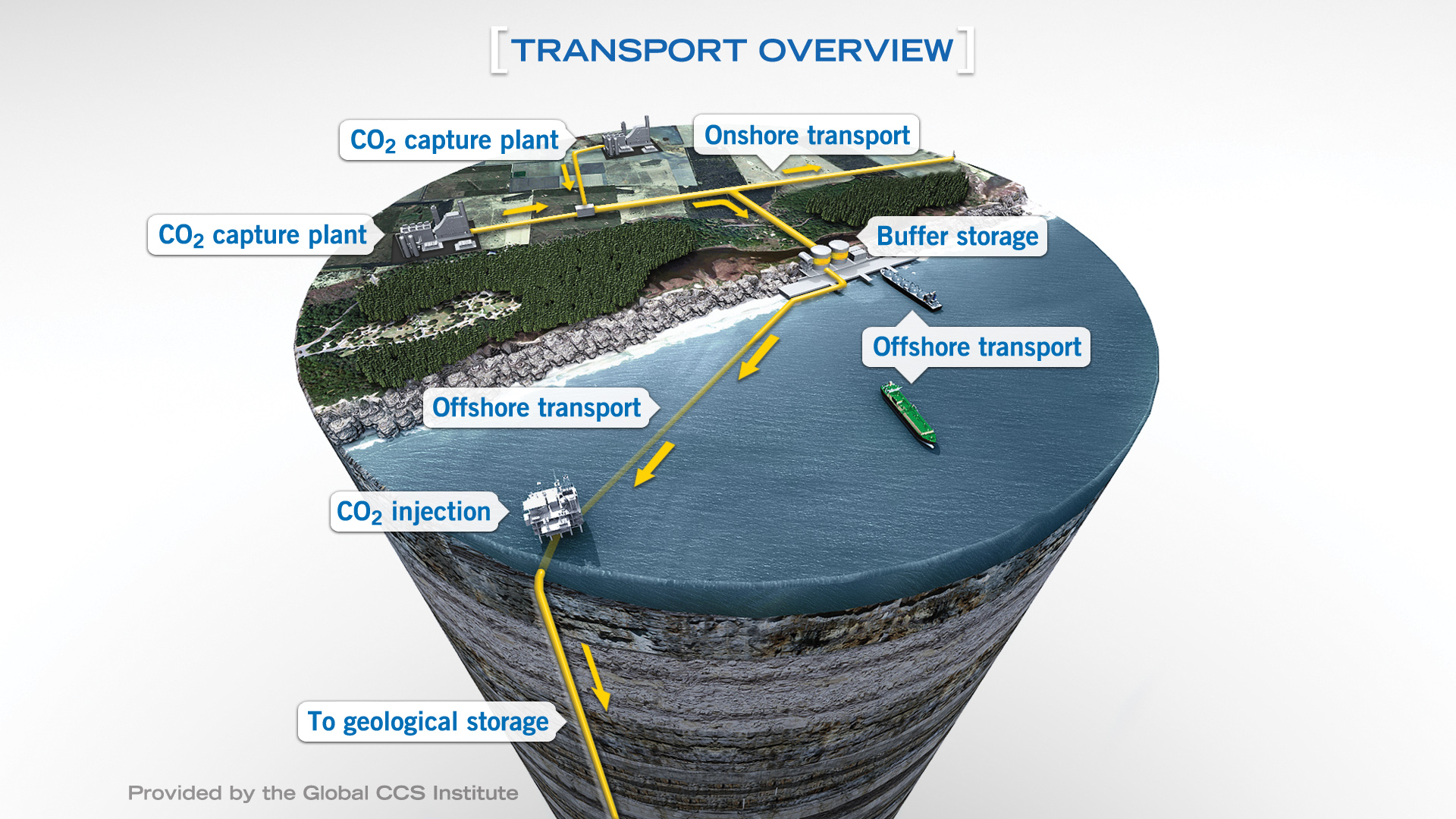 - Usage (utilisation)
An alternative to storing captured carbon is to use it in the creation of new fuels or products. Suggested examples for this include creating biofuels; producing carbonate rock or stronger concrete for construction; creating components for plastic; or creating high-quality graphite.
The Carbon Utilization Alliance has over 40 member companies concerned with developing utilisation technologies.

What has happened with CCS and CCUS in the UK in the past?

CCUS remains a commercially immature technology. In the words of the UK Treasury’s National Infrastructure strategy: “the technology has not [yet] been delivered at scale and significant risks remain. Therefore, the government will play a central role in bringing forward this complex infrastructure in partnership with industry over the next decade.” To that effect, the Government has been conducting enquiries and competitions in an attempt to further progress technology in the UK.

- 1st competition (2007)
The first competition into CCS was launched by the Department of Energy and Climate Change (DECC) in 2007.
The first UK competition was cancelled in Autumn 2011 – having had £68 million spent on it because DECC could not agree with the one remaining bidder that it “would represent value for money” This last remaining project was at Longannet, then the third largest coal-fired power station in Europe, but it collapsed because Scottish Power, and its partners Shell and National Grid, were unsure of adequate public funding. The government had pledged £1bn, but the developers felt they needed £1.5bn.
DECC had put forward several CCS projects for EU funding in May 2011 but all the projects came to nothing.

- 2nd competition (2012)
In April 2012, a new competition for CCS was launched by DECC promising £125m in funding for R&D including £13m for a UK CCS Research Centre. The following January, the government issued guidance on how it supported CCUS including the setting up of a CCUS Cost Challenge Taskforce.
In November 2014, the White Rose Carbon Capture and Storage Project was initiated.
Once again, the competition was unsuccessful. HM Treasury had not agreed with BEIS on the amount of financial support which would be available over the lifetime of the projects – leading to £1 billion of funding being withdrawn.
The Secretary of State for Energy refused development consent for the White Rose project because “the Applicant would currently have insufficient funds to allow it to develop the White Rose CCS project and nor has the Applicant identified any potential alternative sources from which sufficient funds may be available” .
- Developments in 2018
In July 2018, the CCUS Cost Challenge Taskforce (established earlier in the year) published Delivering clean growth: CCUS Cost Challenge Taskforce report. This report showcased the industry’s view on “how best to progress carbon capture, usage and storage (CCUS) in the UK, in order to enable the UK to have the option of deploying CCUS at scale during the 2030s, subject to costs coming down sufficiently” which is the Government’s stated ambition.

A minimum of two CCUS clusters need to be operational by the mid-2020s for the commercial model to be tested – requiring investment decisions to be made by the early 2020s (see below). The projects should be able to be funded by the private sector – but Government support must be certain. Target industries, for which CCUS would abate the large quantities of CO2 emitted, include cement, oil refining, petrochemicals and steel production.
Following on from the report, in November 2018 BEIS published a policy paper called The UK carbon capture, usage and storage (CCUS) deployment pathway: an action plan. This is an action plan setting out how government and industry can work in partnership to achieve the government’s ambition for CCUS. The paper emphasises that the “companies involved, many of whom rely on fossil fuels for the bulk of their revenues, must see finding routes to deploying CCUS solutions as an essential to their license to operate, as well as a chance to share in the economic rewards of leading in this burgeoning sector.” The government expects industry to bear most of the costs.
Across 2017 and 2018, three new CCUS innovation programmes were announced:

“A £20 million CCU Demonstration Programme to fund design and construction of CCU demonstration plants in the UK.”
A £15 million CCUS Call for Innovation to fund innovation projects that lead to significant cost reduction in, or quicker, more widespread deployment of CCUS technology .
£6.5 million of UK funding to the second international call of the Accelerating Carbon Technologies (ACT) research programme , [which is] a €30 million fund supporting CCUS research across 11 countries that can lead to safe and cost effective development of CCUS technology. This is in addition to funding to support the first call of the ACT research programme.

- New ambition in 2020
2020 saw the release of Prime Minister Boris Johnson’s 10 point plan for a green industrial revolution in November and the subsequent release of the Energy White Paper in December. These new documents re-acknowledge that deployment of CCUS is fundamental to decarbonising energy intensive industries such as steel, cement and petrochemicals. The UK Government has stated its ambition to “capture 10Mt of CO2 per year by 2030”.

Due to the UK’s strengths in engineering, procurement, construction and management services, the export opportunities from CCUS have been estimated at £3.6bn by 2030.

What legislation, if any, regulates CCS or CCUS?

Geological storage of CO2 was formerly governed by the European Directive 2009/31/EC of the European Parliament and of the Council of 23 April 2009 on the geological storage of carbon dioxide. The Directive is chiefly implemented in the UK by the Energy Act 2008 and various Statutory instruments.
As a result of the completion of the Brexit process, new UK legislation has been drawn up as a replacement: The Storage of Carbon Dioxide (Amendment and Power to Modify) (EU Exit) Regulations 2019.
In the UK, large infrastructure projects – like the Drax BECCS project (see below) – are inspected by The Planning Inspectorate, however the Government has the final say on finance.
Local authorities approve projects in their own areas. Applications must be made available for the local population to view and make comments on before consent is given or refused. Appeals against the rejection of plans by local authorities have to be made to the national Planning Inspectorate.

Current CCUS projects in the UK

A full list of UK CCUS projects is available on the CO2RE database. Some notable projects include: 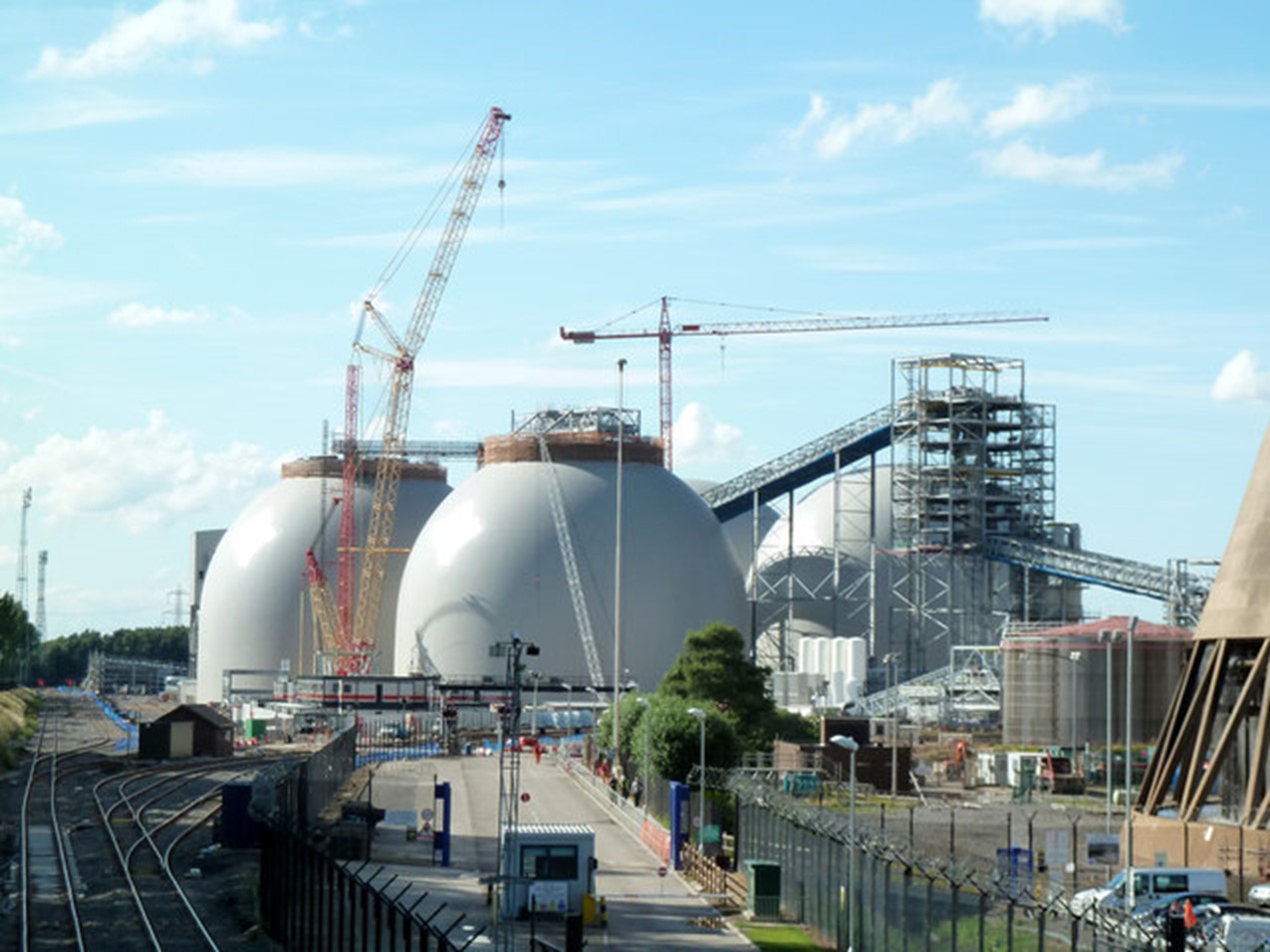