Photo: Eni
Eni and Sonatrach’s Solar Lab will test a range of PV panels in the extreme irradiation conditions of southern Algeria in order to identify the most efficient technologies Photo: Eni

A new solar photovoltaic (PV) plant in Romania will be the largest to date in Europe, according to its developers, while a planned hybrid offshore floating solar power plant in the Netherlands will reportedly be the largest in the world. Meanwhile, a new solar test facility has opened in Algeria.

Eni and Sonatrach have inaugurated their ‘Solar Lab’ test facility and laid the first stone of a 10 MW photovoltaic (PV) plant in the Bir Rebaa North (BRN) production complex, in the Berkine Basin, south-eastern Algeria.

The Solar Lab will test a range of PV panels in the extreme irradiation conditions of southern Algeria in order to identify the most efficient technologies. The facility will be open to universities and other public institutions for research purposes, helping to promote the development of renewable energy sources in Algeria as the country transitions to a low carbon future.

Meanwhile, the new PV plant will be the second to be linked to the BRN facility, helping to further decarbonise its hydrocarbon production. Together with the existing 10 MW PV facility launched in 2018, it will double the renewable energy available to power the complex’s upstream processes.

Another PV facility is planned at the Menzel Ledjmet East Project (MLE) production complex, also in the Berkine Basin, with construction expected to begin in 2023.

The new projects are in line with Eni’s global net zero strategy and are part of a wider decarbonisation plan that also includes venting monitoring and zero routine flaring projects, energy efficiency and green hydrogen initiatives.

Europe’s largest solar PV plant
Meanwhile, Rezolv Energy, an independent clean energy power producer focused on sustainable power in central and south-eastern Europe, has acquired the rights from the Monsson Group to develop what is claimed will be Europe’s largest ever solar plant.

To be built in Arad County in western Romania, the 1,044 MW project is already in the late-stage development phase and Rezolv is now appraising technology solutions and debt financing options. Construction is due to start in the first half of next year, with the facility expected to be online by 2025.

The project will comprise some 1.6mn new solar panels. With an average annual power generation of approximately 1.5mn MWh, it is expected to be able to provide clean power for more than 370,000 households. The power will be sold to commercial and industrial users through long-term power purchase agreements (PPAs).

The project will be connected to the 400 kV high voltage overhead lines in the area and will likely include a 135 MW battery storage system, capable of delivering electricity for four hours. This will enable the high voltage lines to be smartly loaded, balancing the variability of the renewable energy supply, explains Rezolv.

The project will be designed, constructed, and operated ‘to the highest environmental, social and governance (ESG) standards, with a particular emphasis on integrating symbiotic agricultural activities on the site’, states the company. Much of the poor-quality agricultural land will be returned to pasture, with sheep managing the vegetation through grazing.

The 5MW demonstrator project will feature innovative integrated energy storage solutions and is due to become operational in 2026.

Hybrid offshore wind and OFS projects promise to accelerate the adoption of OFS at scale, according to SolarDuck. ‘This is an important milestone for the wider OFS industry. SolarDuck, being the first to build a hybrid project at this scale, will demonstrate the robustness of our solution, prove the important role of system integration in building future-fit energy systems, and enable the scaling of the technology to accelerate its adoption,’ comments CEO Koen Burgers. 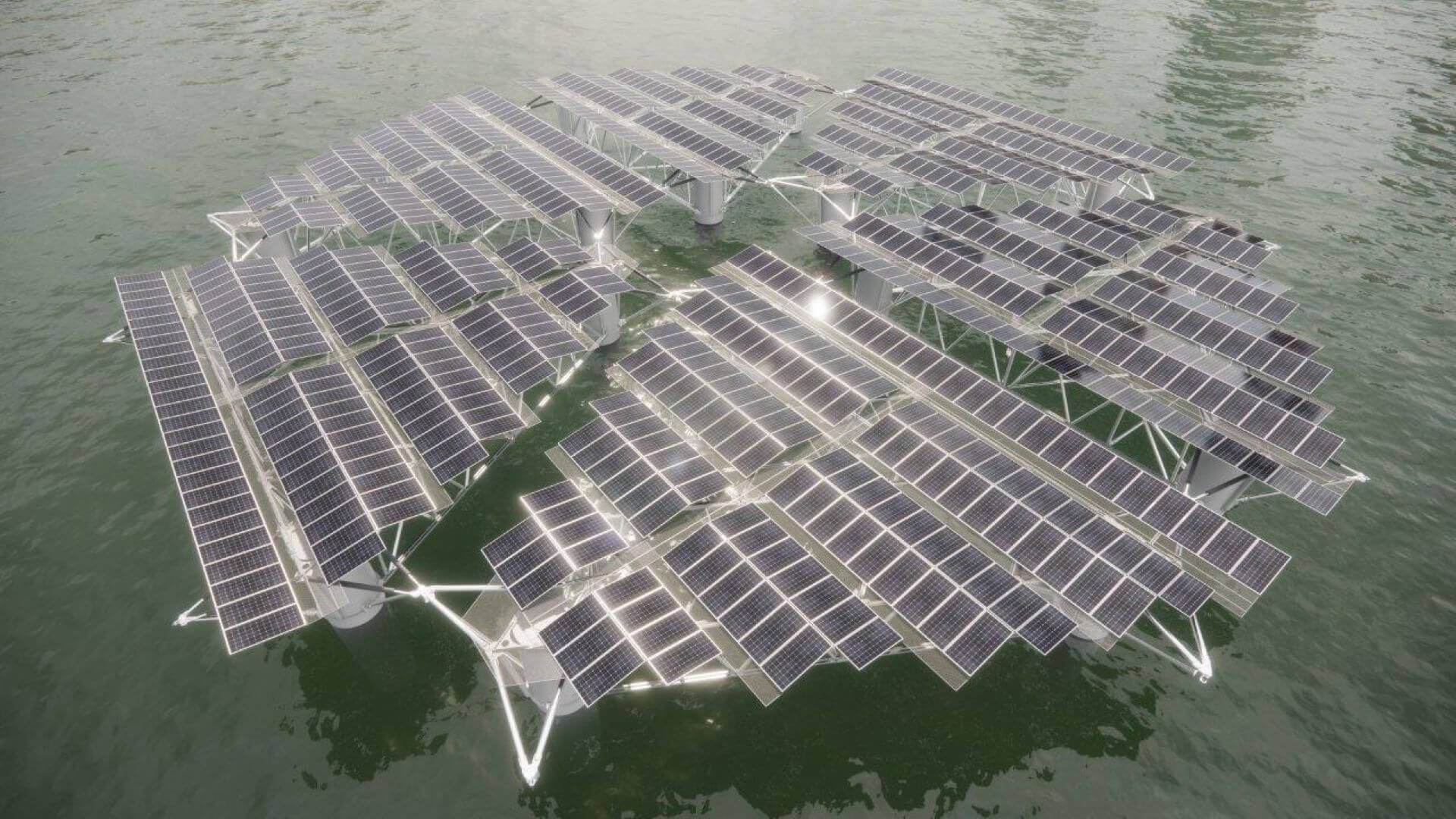 Hybrid offshore wind and offshore floating solar (OFS) projects promise to accelerate the adoption of OFS at scale, according to SolarDuck